“I’ve trained with Terry for 2 years and he’s a fantastic trainer, but a better friend”
– Ross Ventrone, Draft Prep Coach 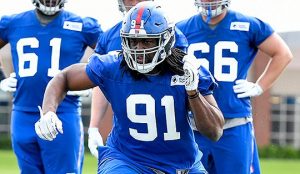 “I’ve been able to send my clients to numerous training facilities for combines, pro days and off-season training. GP is one of the best in the industry. They do a great job of taking care of each player on an individual basis. Translating the work from the weight room and the field to various position specific goals; my clients got in top condition. GP is a great opportunity to take your game to the next level”
– Gus Mustakas, NFLPA Certified Agent, Goaline Football

“Terry is the absolute best in the business and I trust his opinion a ton”
– Dom DeCicco, Scout, San Francisco 49ers 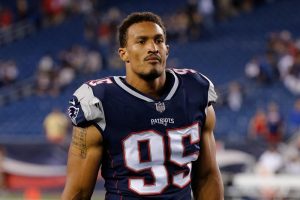 “I would recommend Grossetti Performance to anyone. They are great people and work in a blue collar environment”
– Derek Rivers, 3rd Round Pick in 2017, New England Patriots 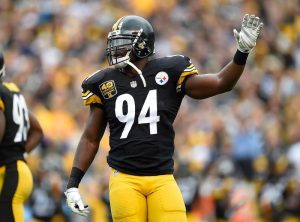 “I would recommend Terry to anyone trying to improve their athletic performance. He’s a great trainer and a great guy”
– Lawrence Timmons, Miami Dolphins, Pro Bowl Linebacker

“Terry is one of the hardest working and dedicated trainers that I have had the pleasure to deal with in the industry. The personal attention, knowledge and drive to get the most out of our clients is unmatched. Having seen trainers and facilities from all around the country for my NFL clients, I can say with confidence that GP is one of the most elite places to train”
– John Pelusi, Certified NFL Financial Advisor 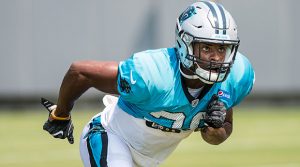 “Terry G helped me immensely in my preparation for my pro day and NFL Debut. Thanks for everything!”
– Demetrious Cox, Carolina Panthers

Mike Adams, Former 2nd Round Pick of the Pittsburgh Steelers

“GP is what it’s all about! Hard work, dedication, no excuses and a commitment to chasing perfection. You get first round training and care!
– Mike Adams, Former 2nd Round Pick of the Pittsburgh Steelers

“Grossetti Performance is a top notch training facility. I highly recommend it to anyone from athletes to people looking to get in shape. Not only is it a great place to train but they are very involved in the local community.”
– Jeff Marak, Riverside High School Football Coach